Immediately the first reason to utilize a drone is the massive views, vistas, and landscapes you can capture. Ascend a few hundred feet in the air and suddenly the world unfolds itself and you can see for miles. I have shot footage over deserts, oceans, forests and mountains – it is still thrilling every time to fire up the drone and see what there is to see. Much of the time I am pleasantly surprised at the view from above.

Simply put, drones let you shoot what would otherwise be impossible. You can capture a kayaker running a huge waterfall, or a climber climbing a tough route with a small drone whereas without one you would be confined to a grounded, fixed position. The most recent ‘unshootable scene’ a drone captured that positively blew my mind (and I was not the only one) was this vid where a drone pilot flew his Phantom 2 into a 4th of July fireworks show:

Recently Matador CEO Ross Borden posted this pic of Christ the Redeemer in Rio he captured with his Phantom during the World Cup: 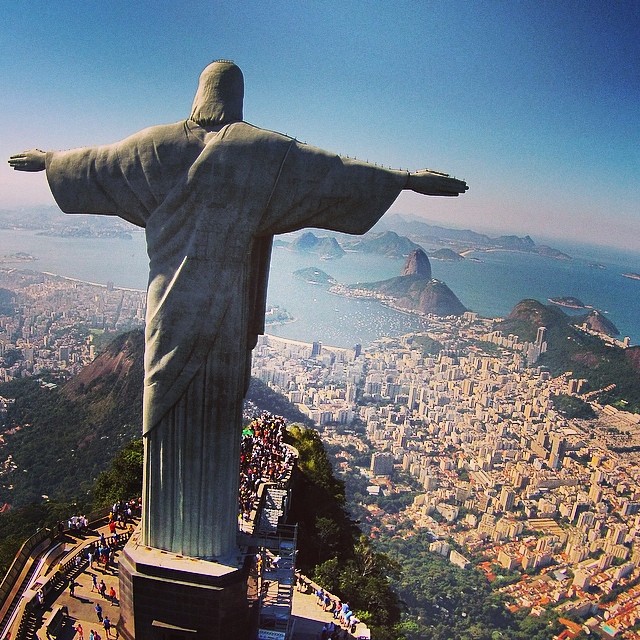 This is a great example of what an iconic landmark looks like from a drone and what can be captured easily with a aerial vehicle and a GoPro.

Aerial videography marks a major shift in travel video – a whole new genre of media arrived as amateur and professional drone pilots began to publish their work. Prior to the advent of consumer grade drones aerial video was a costly, top heavy affair mostly dominated by helicopters and the occasional hot air balloon. The media space that drones have opened is still very new and thus represents…

5. A new market / media to specialize in

The new media domain that drones open up means that viewers are now expecting more and better aerial footage and drone piloting skills is a hot commodity. By getting into the drone media game at this stage you have the opportunity to specialize in this emerging media market while it is still relatively young.

6. Work with hotels and tourism boards

Hotels, tourism boards, and PR companies are taking notice of the kinds of footage drones can capture and they want it for their marketing materials. This is a great time to specialize in aerial and target the hospitality and tourism industry for work.

People are willing to pay for good aerial footage. And since it is a new and specialized media market they are willing to pay more than regular ol’ ground based video. I have shot aerial for a smartphone app ad, real estate agents, and tourism campaigns and was paid a very decent rate.

This may be obvious to some, but using a GoPro or another camera in tandem with a drone allows you to shoot both photos and video in the air. I like to make sure I capture both forms of media if possible.

I love flying my drone knowing that the footage is literally going to make me feel like I am flying. I shoot footage with the knowledge that aerial photos and video can have the magical quality of evoking the universal dream of human flight. This is what it feels like to fly over crashing waves on the California coast. And this is what it feels like to soar over a glacier in Patagonia. Aerial is a very special domain of media with the power to really arrest the imagination.